Inspired by some recent findings, for example a survey sent out to the British students regarding the satisfaction received from consorting with international students. The survey created by the Home Office may firstly look like a dark joke or an indicator of very scary trends, indeed it is a very tangible proof of very perverse order of priorities.

Because can the sphere of interpersonal relationships ever be the matter of customer satisfaction survey? Am I entirely or moderately happy about my international friendships experience? What is that supposed to be indicating?

Anyways, the plan for the degree show is to give myself an opportunity to cast off my disappointment and bitterness about the shape of the world we live in. I will do it through creating a perverse temple of a contemporary golden calf, which was going on in my head for quite a while. 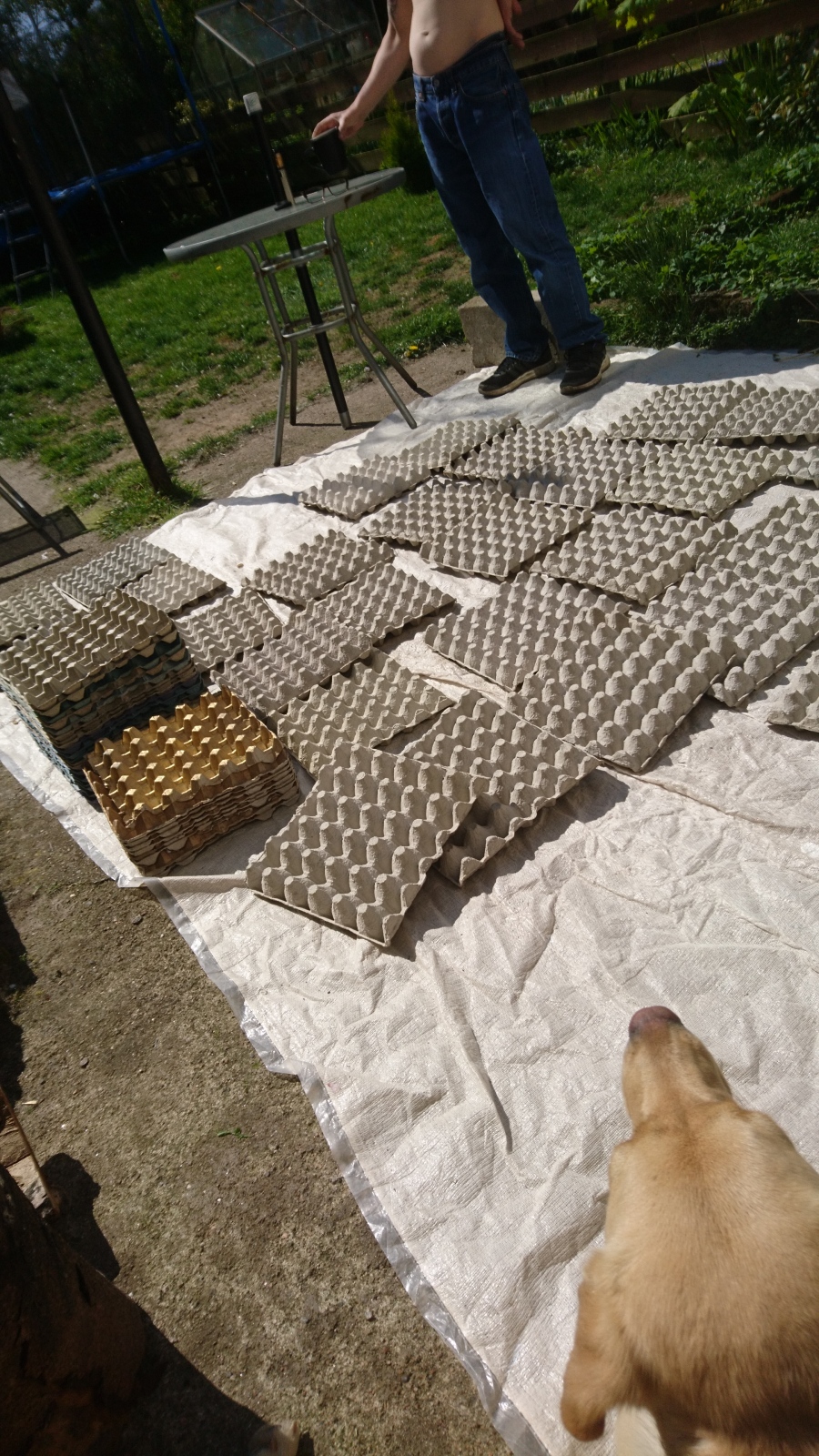 Preparation of a background for my degree show’s new feature- the black golden calf av sculpture- egg trays were initially pva-ed, then spray painted golden. The trays will be attached with velcro straps to the walls behind the sculpture.

This idea has two main inspirations- sound proofing used in garage rehearsal spaces and Lady Million perfume packaging. It is exactly what I want my show to be- cheap, cardboard counterfeit of luxury, facade prosperity.

The temple is therefore occupied by a random, traitorous shaman, which we created ourselves.